Here’s a recent report from FactSet that shows the trend toward activism at large- and mega-cap companies. Here’s an excerpt from the report:

Here’s another fine profile from “The Activist Investor,” this one about Bill Ackman…

Here’s the intro for this blog from “The Activist Investor”:

About once a month, a PM calls us about some company, wanting to talk about the prospects for an activist project. We review the financials and the filings. Often we suggest the shareholder just move on – the business isn’t worth trying to turn around, or the board and management are too entrenched. Sometimes we suggest a plan. Once in awhile we move ahead with it.

Occasionally, and more often after we suggest moving on, the PM wants to write a strongly-worded letter to the BoD chair and the CEO. Confidence about the investment thesis and frustration about the current results and share price yields a long, detailed, and lively manifesto, an “open letter” to the board, management, and other shareholders.

At a minimum, this is a waste of time, energy, and money. Worse, it betrays a certain naive ignorance about activist investing.

This blog by “The Activist Investor” entitled “What Activist Investors Should Know About the ValueAct HSR Lawsuit” is a good companion for these memos posted in our “Antitrust” Practice Area.

Here’s some of the findings from Herbert Smith Freehills’ new study on deal-making:

– 90% of US respondents are planning to make an acquisition over the next three years, and 71% say they are likely to make 2 or more.
– The majority of respondents (68%) say that it will likely be a major deal (with an increase of at least 5% in overall revenue).
– 98% of respondents say at least one acquisition will be a cross-border deal, and 50% say they are likely to conduct at least 2 or more cross-border deals.
– Increasing market share is the strategic driver for 20% of US dealmakers, the largest share.
– Globally, three-quarters of businesses indicate recent market volatility has either increased their appetite for M&A or had no impact on their plans for the next three years*
– Antitrust tops the list of challenges faced by companies doing deals with anxieties over data protection and cyber security on the rise

It is with great sadness that I say farewell to Phil Stamatakos. I knew Phil for over 30 years, since I was his pledge trainer at our fraternity at the U of Michigan. Phil was one of the kindest souls I have ever met. He was a rare breed in college – already mature & compassionate. I was so happy to find that we were in the same profession several years later. He was a kind & loving husband and father, just like you knew he would be when you met him as a teenager. We love you & miss you Phil! 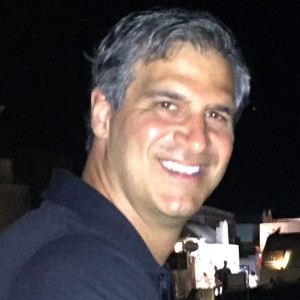 Just loving the Cooley’s new “M&A Blog.” Here’s an excerpt from a Cooley blog about a comparison of the number of CFIUS filings between 2014 & 2013:

The new data released by CFIUS reveal that 2014 saw a dramatic jump in the number of cross-border M&A and other investment transactions reported to CFIUS as compared to 2013 (the Committee received 147 transaction Notices in 2014, up from 97 deals reported in 2013). For the third year in a row, Chinese acquirers were involved in more reported transactions than investors from any other country.

Here’s the latest set of league tables from MergerMarket that list the law firms that most often represent companies in deals, broken out on a global and regional basis…

Recently released proposed regulations that would classify certain intragroup loans as equity for U.S. tax purposes could have very significant consequences for M&A transactions, private equity investments and restructurings. If adopted in their present form, the proposed regulations would eliminate strategies that have been widely used in cross-border transactions. However, the proposal could also have unpredictable consequences for the day-to-day funding practices of both U.S. and foreign-owned multinational groups. Moreover, the proposal would impose burdensome documentation and substantiation requirements on intragroup loans as a necessary condition to having the loans respected as debt for tax purposes (regardless of whether as a legal and economic matter the loans are debt).

The Superior Court of California for the County of Los Angeles has added to a growing judicial consensus that forum-selection bylaws adopted in conjunction with public-company mergers will be enforced to direct transaction-related litigation to a single board-designated forum. RealD Inc. is a Delaware-chartered, California-headquartered corporation. When the company’s board of directors approved a merger agreement with Rizvi Traverse Management LLC, a California-based private equity firm, it also adopted a bylaw requiring that any fiduciary-duty litigation involving the company be brought in the courts of Delaware.

A stockholder plaintiff nevertheless sued in California, claiming that RealD’s directors breached their fiduciary duties in approving the merger and that other parties aided and abetted that breach. Arguing that California was a more convenient forum, that no duplicative litigation was pending in Delaware (or anywhere else), and that claims against third-party defendants should not be subject to the RealD bylaw, the plaintiff urged the court to ignore the bylaw and allow his case to proceed. The California court refused. Finding that “litigating in Delaware will be reasonable and fair” and that “Delaware courts have special expertise in corporate matters,” the court rejected the plaintiff’s assertion that confining his suit to a Delaware forum would be inequitable.

Forum-selection bylaws have proved resilient against attack, withstanding challenges in New York, Texas, California and several other jurisdictions. Deal planners should continue to consider and refine the state of the art in such bylaws, which are becoming an established tool to reduce the risk of opportunistic stockholder litigation.